Take $1.35 of thrift store bric-à-brac, toss in a few spare parts from your electronics drawer and mix it all up with an earnest desire to alienate your loved ones forevermore and what do you get? A booby-trapped Magic 8-Ball, that's what! 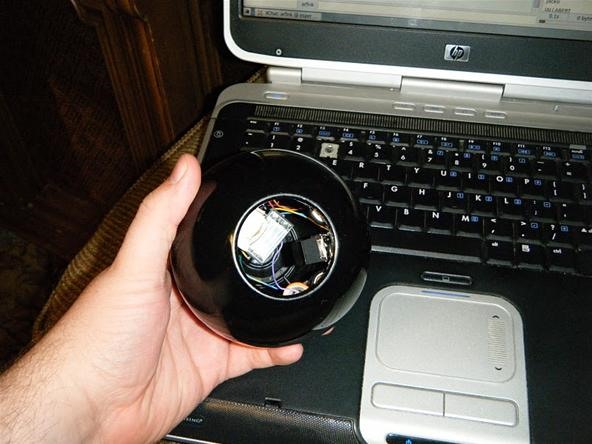 I also added a 'safety switch' to the ball, which can be toggled without opening the ball and which disables the charging circuit, making it so the ball can't recharge for another flash. I had a dead Commodore 64 that I had been gradually pillaging for parts and I stole the power switch and installed it facing out the bottom next to the flash tube and reflector." 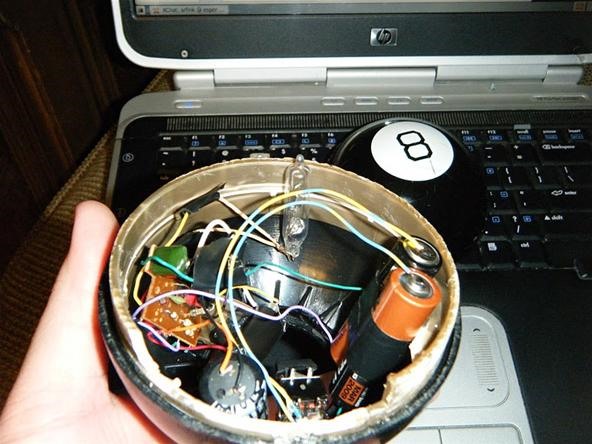 Lol, he should have included the camera in there to get a picture of the victim as they were blinded.