You're walking down the street, minding your own business. Then you see it—a large, bright fireball in the near distance. A tremendous heat wave speeds towards you at one thousand miles an hour, and before you can think, before you can even blink, the extremely heated wind pushes right through you. Your skin melts, your eyes liquefy—your face disappears into the wind. Before you know it, your pancreas collide with what's left of the person next to you, your duodenum is dissolving faster than it can break down your breakfast muffin, and your sacrum is flying so fast it just cracked the pavement. When the bright flash and million-degree temperature subsides, all that's left of you is a shadow imprinted on the ground—a dark stain of burnt you—right next to someone else's. 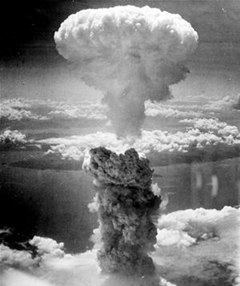 This is what happens when a nuclear bomb explodes, and it's exactly what happened when the United States unleashed atomic bombs over two Japanese cities in 1945—Hiroshima and Nagasaki. They detonated at temperatures 10,000 times hotter than the surface of the sun. Nearly 120,000 people were killed instantly. Spawned by the Manhattan Project, they were the first atomic weapons deployed on a civilian population, officially ending World War II.

This was the true beginning of the Atomic Age, a time when fear was primary motivator for technological advances and enhanced warfare options. It also began the ascent of nuclear power, a cleaner, sustainable energy which was just as dangerous as it was needed, resulting in disastrous incidents at Three Mile Island, Chernobyl, and most recently, Fukushima.

But the threat of nuclear weapons today is still present, with possible dangers now coming from Iran, North Korea and anyone with a little plutonium and some time on their hands. Any terrorist with the right ingredients and know-how can build a nuclear device. John Coster-Mullen, a truck driver without a college degree, said "The secret of the atomic bomb is how easy they are to make." He successfully built the most detailed A-bomb replica the world has ever seen, which recalls the Cold War-inspired film The Manhattan Project, where a high school student constructs a nuclear bomb for a national science fair. Only Coster-Mullen's the real deal.

He's a self-taught atomic architect whose life project consists of reverse engineering the atomic bombs used on Japan—Little Boy and Fat Man. He's spent almost 10 years analyzing photographs and interviewing hundreds of scientists and engineers involved in the making of those bombs, resulting in the most accurate recreation on paper. His self-published book Atom Bombs: The Top Secret Inside Story of Little Boy and Fat Man was praised by the National Resource Defense Council, who stated that "nothing else in the Manhattan Project literature comes close to his exacting breakdown of the bomb's parts." 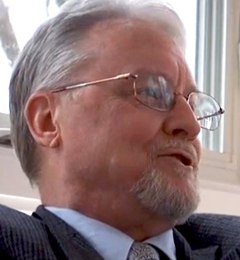 In his book, which is continually updated, Coster-Mullen provides intense technical details of the atomic bomb, centering on how they were built. It includes exact dimensions and configurations for both Little Boy and Fat Man. But as mentioned before, his work isn't merely on paper—he's actually built the most realistic replica of the Hiroshima bomb—ever.

If the "Atomic Trucker" can teach himself to build one, then why not you? If you have questions, Coster-Mullen's currently answering them over at Reddit.

I made me one of those with a chewing gum and 5 toothpicks, and some plutonium i found coincidentally. saw how to do it on Mcgyver.

And just how is it a good idea to have detailed configurations of an atomic bomb published and available to the public. Additionally, why was this guy allowed to build this without the proper Clearance from our government. Was he not being monitored? If I bought an M-80 firecracker, I'm sure the government would be up my ass with a flashlight and a swat team. WTF???

Well it is a replica with no danger. With it being made out of wood and fiberglass they dont really have reason to prosecute. Im sure he is under the watch though.

i was taught how to build it in chemistry class. its really simple once you have 50kg of uranium 235.(thats the criticle mass