If you're lucky, your digital camera has a built-in intervalometer that lets you operate the shutter regularly at set intervals over a period of time. Why would you be lucky? Because you can create some very awesome time-lapse videos, like the horribly beautiful eruption of a volcano or vivid star trails in the night sky. You can capture the stunning display of the northern lights or even document the rotting of your favorite fruit.

Some Nikon models like the Nikon D200 have a built-in intervalometer, but most do not, forcing you to purchase a shutter timing device for more cash than it's worth. That's probably why you haven't experimented with time-lapse photography in the first place. You also would have to buy a external intervalometer for Canons, though you could also use the Magic Lantern open-platform firmware to add set interval capabilities to your Canon 5D Mark II or 550D (T2i) digital SLR (if you have one of those).

Another (way cheaper) option would be to follow Achim Sack's project for building a super-tiny interval timer that works with Canon, Nikon and Pentax DSLRs. It may also work on other cameras, but hasn't been tested yet.

No power supply is needed, since it steals the operating current from the signal lines of the camera. And how does it work? Simply plug the dongle into your camera and set the timer by snapping two pictures at the wanted interval, from 0.4 seconds to 18 minutes apart. Once you snap the second pic, it will take the subsequent photos at the same rate. It will continue working until either A.) the memory card fills up, B.) your camera's battery dies, or C.) you (obviously) unplug the device. 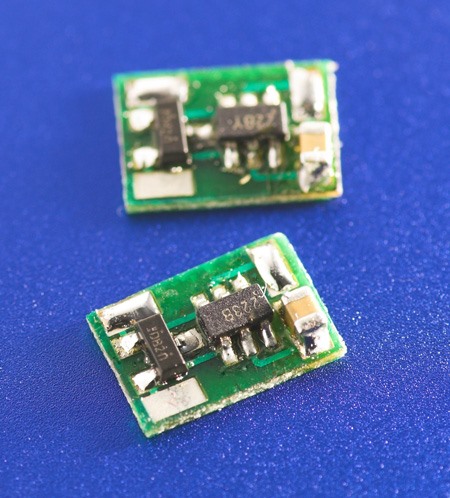 The processor, based on the PIC10F222 microcontroller, spends most of its time sleeping, so there's no problem with it draining your battery.

If you want to make your own DIY intervalometer (or see it in action first), then head over to his site to get the schematics and software. If you need help making a printed circuit board (PCB), he has a great tutorial on that, as well.