Another media player bites the dust.  First, we saw the extinction of the phonograph and gramophone.  Then came the fall of eight-track tapes.  Even modern record players became more and more obsolete, with DJs switching over to the world of digital music.  And today— the end of cassette players!  What's next?  Compact discs? 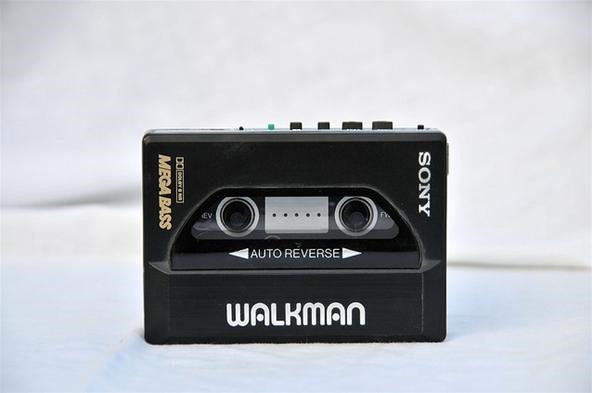 Mashable reports that Sony has killed its line of cassette players:

After retiring the floppy disk in March, Sony has halted the manufacture and distribution of another now-obsolete technology: the cassette Walkman, the first low-cost, portable music player.

The final batch was shipped to Japanese retailers in April, according to IT Media. Once these units are sold, new cassette Walkmans will no longer be available through the manufacturer.

The first generation Walkman (which was called the Soundabout in the U.S., and the Stowaway in the UK) was released on July 1, 1979 in Japan.

Although it later became a huge success, it only sold 3,000 units in its first month. Sony managed to sell some 200 million iterations of the cassette Walkman over the product line's 30-year career.

Somewhat ironically, the announcement was delivered just one day ahead of the iPod's ninth anniversary on October 23, although the decline of the cassette Walkman is attributed primarily to the explosive popularity of CD players in the '90s, not the iPod.

So, what's everyone going to do with their useless and out-of-date Walkmans?  Well, turn them into a cool, retro Apple iPod case, that's what!

handsomemanny from Instructables has a great tutorial for modding your old Sony Walkman Sport cassette player into a super hip iPod case. 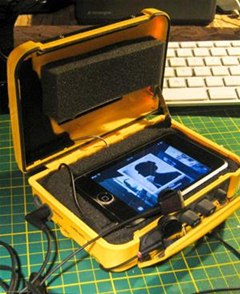 This is my old Sony Walkman Sport. It took me everywhere since high school. When i traveled to japan years ago i heard of some people putting the "new" iPod in them. So i kept mine thinking i would do that as a project one day. I also saved foam from some packaging for another type of electronic.
Its not that i have lots of time.. but i figured it would be good for my creative soul to finally get it off my mind! And its a great way to re-purpose something that was going to be recycled.

So, even with the recent death of the Sony Walkman, it's still got some spunk left.

The list of materials you'll need to mod your cassette player into a deceiving iPod case are as follows:

1. Sony Walkman Sport: gut it except for the headset jack and its electronic board.
2. iPod (of any kind or generation, even the iPhone).
3. Enough dense packing foam that can be cut to fit the Walkman.
4. Glue or adhesive.
5. Old headsets you don't mind cutting up.
6. Soldering gun and solder.
7. Tweezers.
8. Marker.

If you want to mod your old cassette player into a super hip iPod case, then...

Click through to see the complete tutorial for the DIY iPod Walkman Case.