Understandably, the tragedy in Japan has substantially risen the level of worldwide radiation-related hysteria. So much so, as an alternative to stampeding health food stores for iodine tablets, crafty individuals and organizations are hacking together personal radiation detectors. Rather than relying on the government, the creation and modification of handheld Geiger counters provides a self-sufficient solution to today's questions regarding radiation. Profiled below, three admirable organizations and their efforts.

The Pachube community is a realtime platform designed for sharing "millions of datapoints per day from thousands of individuals, organisations & companies around the world". The site's tools allow for a globally "open ecosystem", through the graphing and analysis of electricity meters, weather stations, air quality monitors, biosensors, and geiger counters—in other words, a platform custom-built for Japan's current calamitous state. 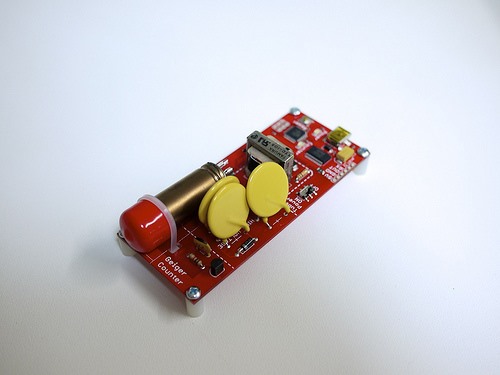 In the immediate aftermath of the quake, the group employed their knowledge of electronics and hacking to devise an innovative way to salvage power. By looting the large number of wrecked cars of their batteries, they were able to construct chargers capable of powering multiple cell phones, as well as successfully run wifi routers.

The group also managed to obtain two Geiger counters, and are currently publicly demonstrating how to use them. They allow one of the counters to go out on loan so that individuals can check their living spaces for possible radiation. You can read more about the project here, or check out their recent interview with MAKE here. 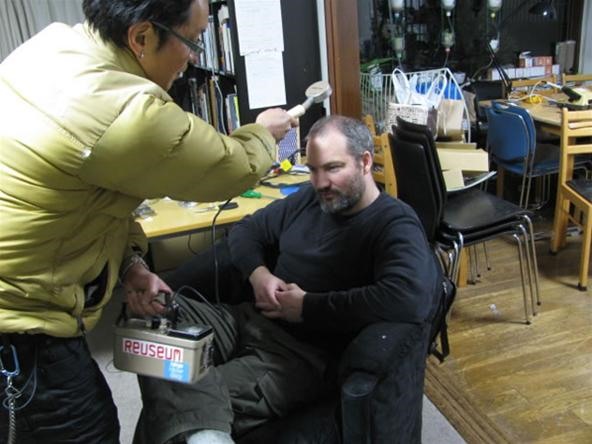 In an collective fashion similar to Pachube, a group called RDTN launched an aggregate feed of "nuclear radiation data from governmental, non-governmental and citizen-scientist sources", available via their website. RDTN's goal is to provide the public with the most accurate data possible, and one of their latest efforts shows an early protoype for an iPhone-tethered geiger counter.

If you're interested in aiding their endeavor, you can contribute to RDTN's Kickstarter project, an effort to purchase a maximum of 600 Geiger counters. The group will use the devices to feed captured data through RDTN.org, and will also make the counters readily available for users of the aforementioned Pachube. Once the operation is in full swing, RDTN members will report Geiger measurements to the site 8-10 times daily. 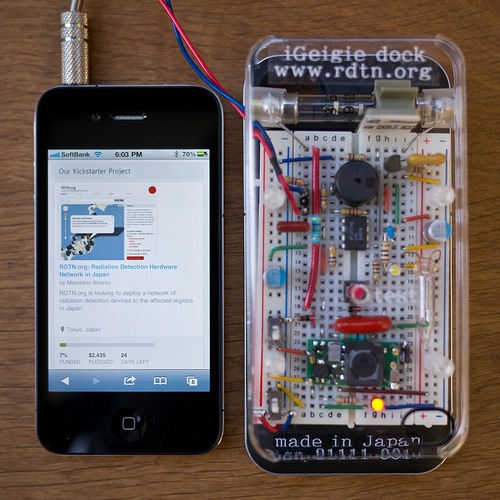